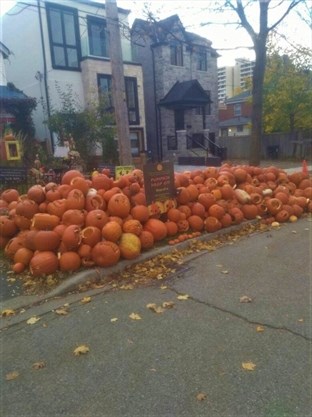 Mimico resident Sarah Giles decided that this year after Halloween, she was going to collect pumpkin donations from residents in her neighbourhood to help feed pigs. The response was overwhelming.

The local dog-walker and entrepreneur teamed up with Carroll’s Animal Sanctuary and Rescue in Hanover, Ont. and reached out to her community, asking residents to contribute the pumpkins they were no longer using.

Giles then got some chicken wire and made a small enclosure where she placed four pumpkins of her own, in an attempt to encourage others to do the same.

Within a few days, her front lawn on Judson Street was flooded with pumpkins — so many, that one neighbour had to take the overflow to his house down the street.

Giles said in total, they collected more than 5,000.

“I appreciate what the city does, picking up the pumpkins for compost, but if we can feed the animals then that’s important too,” Giles said. “The sanctuary is non-profit, so everything they do is out of their own pocket.”

On Tuesday, neighbours came by to help Giles load the pumpkins into a truck sent by the sanctuary, but they soon learned one truck would not be enough. The staff from Hanover had to make two trips, picking up their second load of pumpkins well into the evening.

“Everyone has been so kind and generous and their support has been beyond,” Giles said. “This is something that the people feel good about doing … And we’re helping the animals at the same time.”

Giles said she plans on making the collection an annual event, with pumpkins going to multiple local and Ontario sanctuaries that wish to participate. 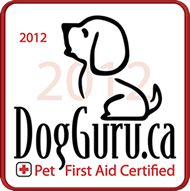